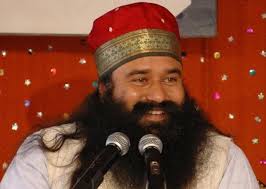 Recently, the Sirsa based sect of Dera Sacha Sauda, his head Gurmeet Ram Rahim Singh has lodged the case against Sikh community in 2007. Thus, he has declared himself as the 10th Guru inspite of Sri Guru Gobind Singh and at that time there were a lot of violence occurred in Punjab. But now he has withdrawal all the cases and also felt mercy by the inflated temporal seat of the Sikhs the Akal takht. However, they thanked the Akal Takht and Sikh priests for their decisions and for showing humanity to solve the misunderstanding and harshness between both the communities.

Whereas, some of the parties like all India Sikh Students Federation (AISSF), Bhai Mohkam Singh’s United Akali Dal and Dal Khalsa were not satistified from the decision of forgiving the Sacha Sauda group. Now, all the representatives of all the federations have announced the “Sarbat Khalsa” to appoint the new priests by replacing the existing ones.