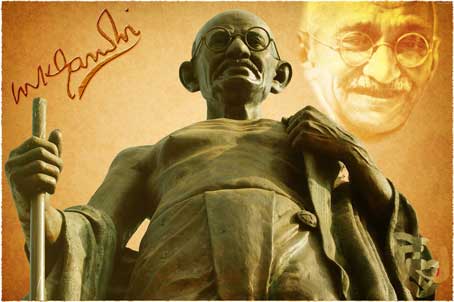 Today is the 146th birth anniversary of Mohandas Karamchand Gandhi who has sacrificed his whole life for the sake of nation. As, his dream was to see ‘Swachh Bharat’ and to fulfill his dream, the Prime Narendra Narendra Modi has started this scheme to give tribute To Mahatma Gandhi.

Last year, Narendra Modi started this scheme to spotlist the dream of Mahatma Gandhi. However, on this privileged day Prime Minister Narendra Modi has given tribute at his Raj Ghat.  On this event PM was accompanied with BJP leader LK Advani, Union Urban Development Minister M Venkaiah Naidu and some other ministers were also present on the occasion. Further, Gandhi Jayanti has also remarked as the International Day of Non-Violence