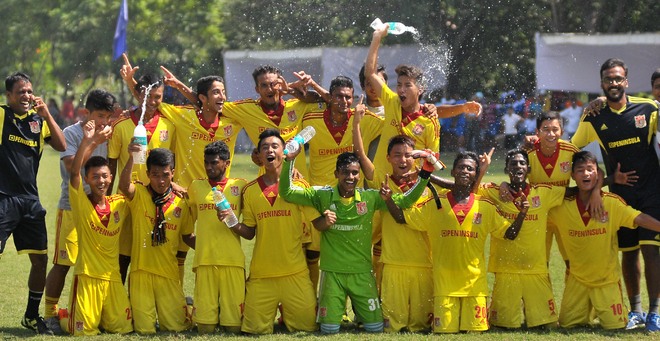 There was a match occurred yesterday between the Pune Football Association and the Chandigarh Football Academy.  The Administrator’s Challenge Cup All-India Football Tournament has been won by the Pune Football institute has won for the 13th time by defeating local of Chandigarh from 3-1 at the football stadium in sector-17.

The match was started with the equal excitement between both the teams and also with the aim to win the match. During the match, the teams were giving the tough competitions by showing their pace and momentum through their game.

During the first half, the Chandigarh team was leading but after that the Pune Football academy has pressurized the Chandigarh players by showing their outstanding performance on the field. Their exhibited performance of Pune players took them to the winning trophy.