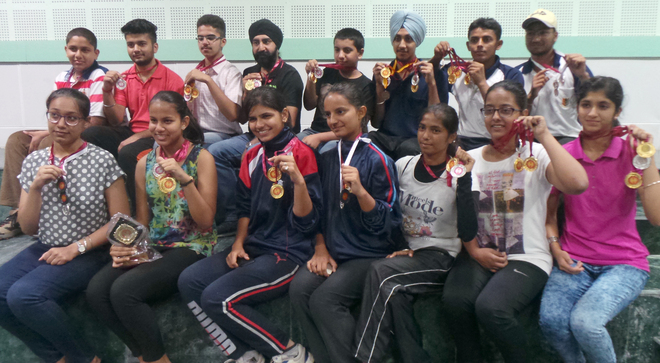 Shirin Godara, who is a cadet of NCC and the best shooter among her team, has won the gold medal in peep sight-prone junior category of All India Sportzcraft Shooting Competition which held in Dr.Karni Stadium, Delhi and occurred from October 12 to 19. She is a student of class XI at Carmel Convent School, Chandigarh.

The Commander of NCC, Brigadier M G Sekaran expressed that “She was one of the very finest shooter and after identifying her talent she raised her shooting skills from 502/600 to 571/600 and now after looking at her talent she has been declared as the Brand Ambassador of the NCC”.

Shirin herself shared her views and felt grateful to her parents and the commander who trained her and also thanked to her school for supporting and motivating her on every stage. Now she has made her goal to win the national games which will occur in December.