Dussehra – The Mark Of Victory 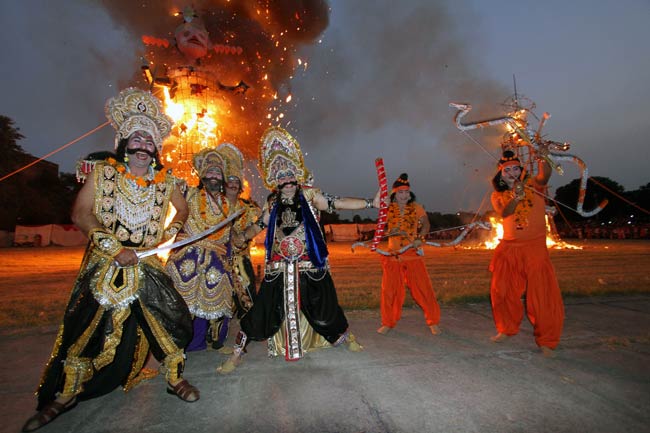 Dussehra is one of the most renowned Hindu Festival which is also named as Vijaydashami. This festival is celebrated for marking the victory of Goddess Durga over the cacodemon Mahishasur. Dussehra is celebrated mostly in India, Bangladesh, Nepal and Srilanka and it shows the end of the tenth day of Ramleela organized by the committee members in various cities.

Dussehra is celebrated on 22nd October to enjoy the victory of Goddess Durga.  Thus, following the tradition of burning the tallest in the tricity, the Sanatan Dharam Dussehra Committee has followed and is all set to burn a 92-feet tall Ravana effigy at the Sector 46 ground.

However, the Governer of Punjab and Haryana and UT Administrator Kaptan Singh Solanki has been called as the Chief Guest on the eve of Dussehra Celebration.