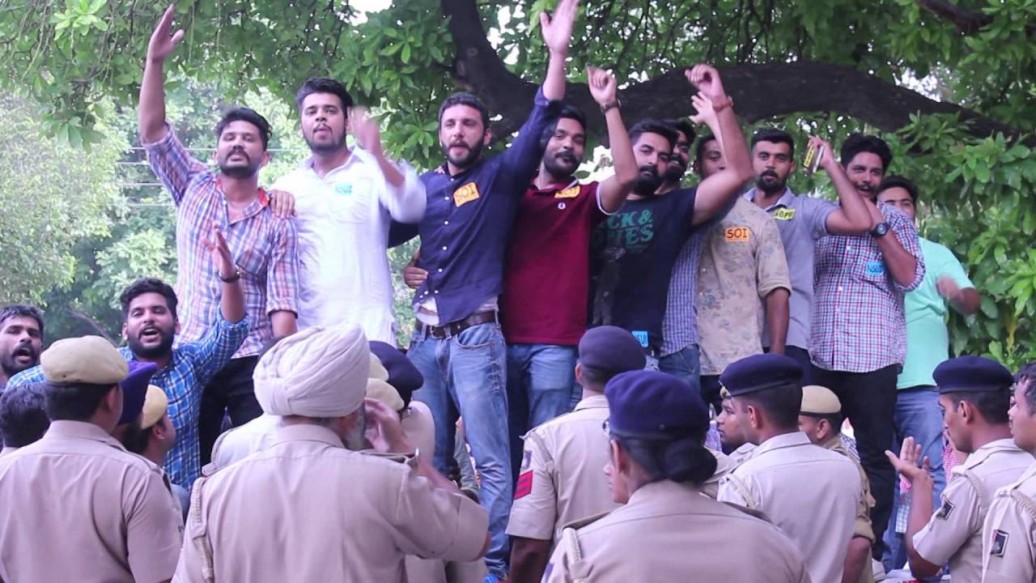 Today the Punjab University elections has been carried out. Numerous students from 62 departments will give their votes at 148 diverse polling stations that are located in various departments in PU campus.

According to officials the counting of votes has been carried out in Gymnasium hall. This time a new system has been introduced NOTA (None of above option).

Navdeep Goyal who is a representative of Dean Students Welfare (DSW) said no mobile phones is allowed in the. For giving vote only identity cards along with a passport size photograph and fee slip of particular department are allowed. The teaching and non teaching staff will be assigned to check the entire functioning of the elections.

There are 15,202 voters who gave votes and at each booth only 200 voters will cast their votes. The entry is allowed in campus from 8 am to 10 am after that the gates remain closed until the result has been announced.

Result has been announced at 4 pm in the evening when all the ballot boxes will opened by officials at counting centre. Proper security arrangements done by the Chandigarh Police so no problem has been arises and affect the society. The senior official from Chandigarh police said that we are ready for all kind of situations.