Major And Businessman Arrested In Sector 22 For Teasing Girls 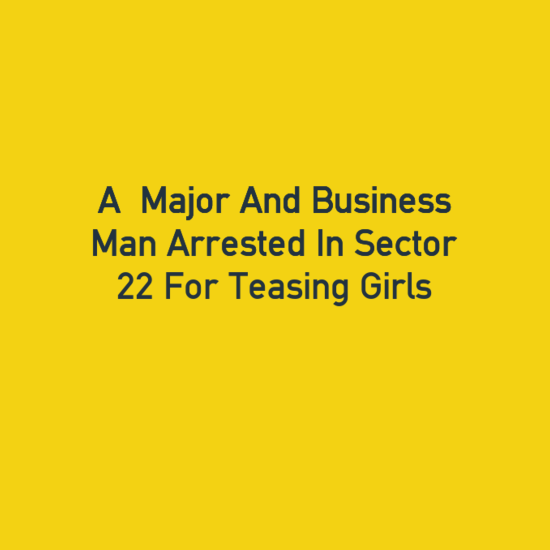 Last Night outside the Hotel Aroma in Sector 22 high drama was witnessed . Two persons one is a Major and second one is a business men are arrested by the police for teasing two girls and also manhandled the PCR staff. Both the accused were identified as Major Rahul from Patna and Gurpreet from Delhi

Police told that these two girls aged  23 and 25 who are living in Sector 23 gone for coffee then both the accused teased the victims and also blocked their way. So the girls came out from the food court and raised the alarm then the PCR staff of the Sector 22 came to the spot. Also these accused manhandled the Constable Rajneesh and grabbed him from his uniform.