After Uri Terror Attack City Beautiful Is On High Alert 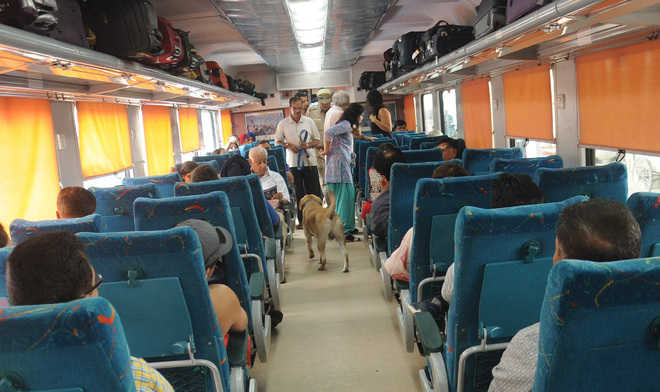 After the Uri terror attack the city beautiful on high alert . Yesterday at the Chandigarh railway station a special team conducted a special checking after the high alert was sounded by the security agencies

A special team of Around 15 security personnel of RPF, GRP and the UT police have been already deployed on the railway station with a dog squad. This team was deployed for checking security at the platforms and checking all the major trains .

When a visit paid to the railway station it was founded that platforms , parcel area and all the trains have been inspected by the security personnel of this team . Also the parking lots of the station were checked for which the security agencies appointed the security staff. This team also checked the passengers and their luggage .

GS Waraich inspector of the Railway Protection Force told that all the trains were checked very carefully after the higher authorities issued the instructions.