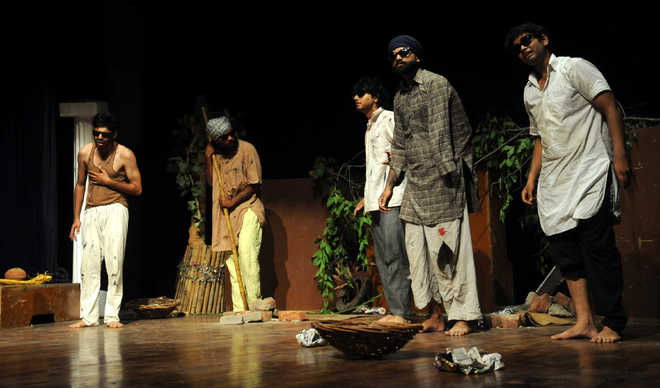 This play was written by Dr Atamjit who is a Sahitya Akademi Award winner and Baninder Bunny directed this play. This play showed that when our knowledge enlightens our mind and our thoughts are crystallizes with the knowledge. A new revolution takes place.

In this play a symbolic story which includes five labourers who lived an ignorant life and worked very hard for a one-eyed master. Their master exploit them for his benefit and he forced them to wear glasses because he don’t want them to realize the truth and they do not see the light of the day. Baninder Bunny who played a role of Khoji motivated them to remove their eye glasses so that they will realize the light of truth. So as they followed his advice and removed their eye glasses and knows the plan of their chief. So with the help of khoji they make their master to pay for his selfish deeds.