Farmers Are On Protest In Chandigarh

Home Blog 2016 September 5 Farmers Are On Protest In Chandigarh 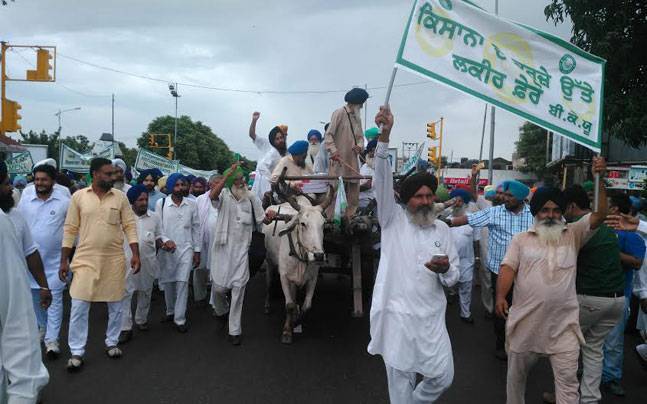 Today a protest is organised in Chandigarh by various farmers. They are demanding compensation for the farmers who committed suicide because of debt.  7 unions of farmers are taking part in this protest which is held in Chandigarh

Due to this massive protest Section 144 is imposed in Chandigarh under which 100 leaders were arrested by the police . These farmers are demanding compensation as well as wants that their loans will be waived off. They said that the state government is ignoring them and not paying any attention to their conditions which leads them to commit suicide.
Farmers said that a new survey would be done of suicides from 1990. And due to damage to the cotton crop Rs 40,000 per acre should be given to farmers. They are demanding Rs 5 lakh to the victims family , government job to the one family member and also a tube well power connection which is at government cost.