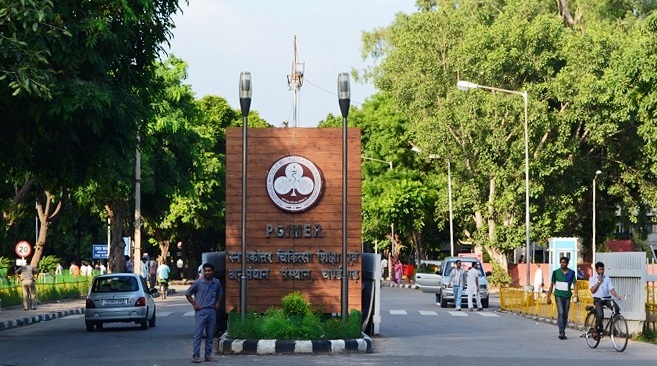 Nurses of the PGI are on strike because of this PGI health services were affected very badly but the authorities of the PGI said that all the health services are running smoothly. But In reality around thousands of  patients who came to PGI suffered inconvenience. Patients who came to PGI for treatment had to return home without any treatment because of nurses strike.

Also CK Mishra Union Health Secretary told that PGI health services are affected by the nurses strike. Patients who are admitted in the Emergency and Advanced Trauma Centre were suffered severely .

Nursing students said that they were happy when they were informed about the duty at the Emergency because it was a great chance to learn. Only 355 nursing students are there who were divided into three shifts. When they come to know that nurses are on strike they said that it was a very challenging day for us.

Around 1500 nurses of the PGI joined this strike. This strike is done on a call of All-India Government Nurses Federation. As per the Seventh Pay Commission their demands were pending so they held this strike.

President of the PGI Nurses Welfare Association Lakhwinder Singh told that they will not stop this strike until they receive any notification from the federation. He also told that around 300 nurses who are on probation were threatened that action should be taken if they won’t come to work by the PGI authorities. So they went on duty but after some time they joined the strike .