Yesterday Dasehra Was Celebrated In Different Parts Of City 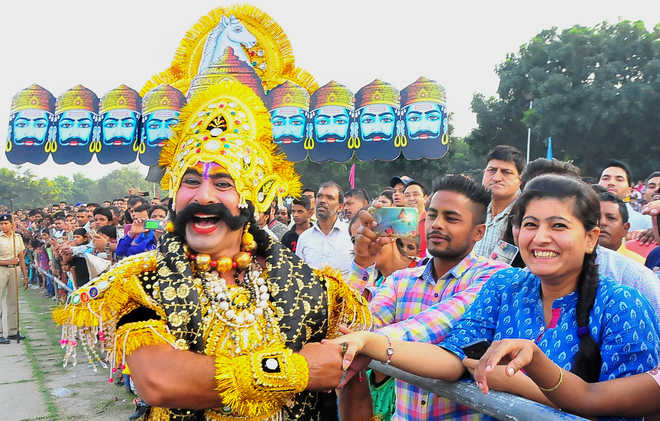 The Dasehra was celebrated at various sectors in the city. Towery model of Ravana, Meghnad and Kumbhakarna. In chandigarh the festival celebrated at 33 places with brightness. A large numbers of peoples from sectors 46, 17, 29, 27, 32, 48, 56, 7, 24 celebrated Dasehra with happiness.A big function of Dashera was organised in sector 46. The height of Ravana (85ft), Kumbhakarna (80ft) and Meghnad (72ft). VP Singh Badnore was the chief guest on this occasion.

The festival more attracted the public. Many people comes to see the Dasehra fesitval and have a lot of fun. Artistes who were playing various roles in Ramlila reached the ground on horses and the horses was also decorated. The burning of the three figure followed a magnificent display of fireworks.Various sectors in the city claimed that the festival attracted more crowd than last year. More youth and women were present this time at the festival.