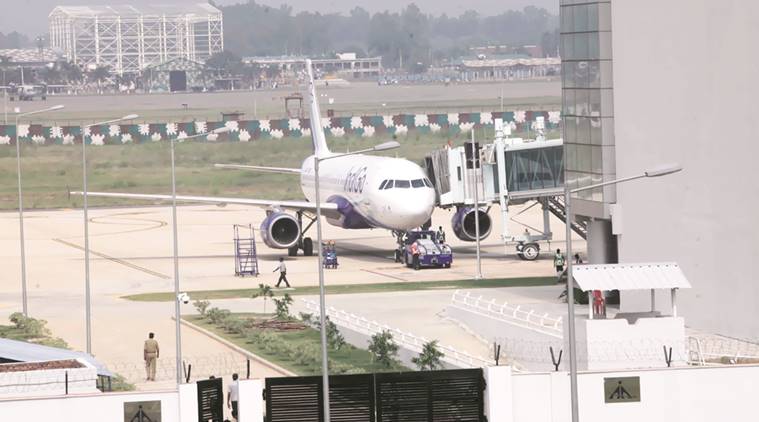 In the new schedule, Jet Airways will conduct six flights. The Vistara airlines which is conducting one flight daily to Delhi and have no change in its timings.The Chandigarh Airport Authority announced its winter schedule on tuesday and the changed timings will be execute from October 30.According to the Airport new schedule the first flight will coming at 7.10 am instead of 7.40 am and the last flight will depart at 8.30 pm instead of 7.30 pm.With the winter schedule timings of the airlines was changed.

In the new schedule, Indigo’s flight operated between Delhi-Chandigarh-Delhi coming arrive at 7.40 am and depart at 8.10am.The flight on the Bengaluru-Chandigarh-Bengaluru will comoing at 10.00 and Take off at 10.30 and another flight Bombay- Chandigarh will coming at 11.40 and Take off 12.10 am and all days coming on Monday and Thursday.