Punjabi Songwriter Turned In To Snatcher For Fancy Mobiles 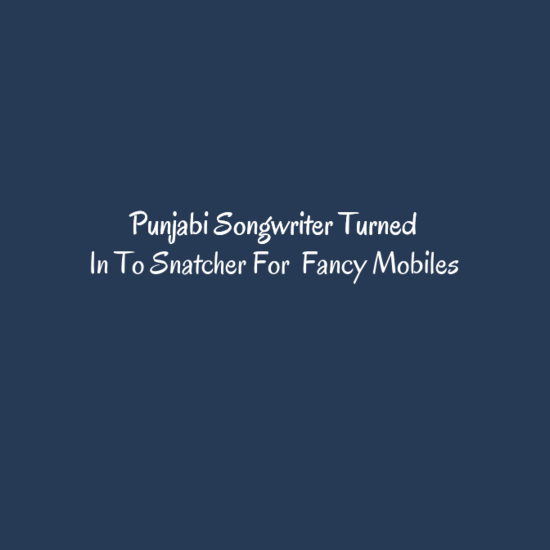 Punjabi song writer Harkirat Singh Mann is crazy for fancy mobile phones and also wants to live his life in a lavish lifestyle. He owned 40 acres near his village in Faridkot district of Punjab. He is accused by the UT police in a snatching case. He was arrested by the police on Wednesday. He snatched a mobile phone from a girl in a Sector 21 park on August 10.

Police told that Harkirat Singh Mann and his friend got a Reliance Jio SIM in Sector 21. After that both of them saw a girl. She is walking around in the park. Both the accused snatched her mobile phone.

A case was registered for snatching of a mobile phone from a girl . Police received information about this incident and the girl did not note down the registration number of the car. DSP also told that the snatchers inserted a sim in mobile phone which helped in tracing the accused. Both the accused arrested at a naka in Sector 19

Harkirat is taking the IELTS coaching in Chandigarh and also taking training in singing. Already he wrote a famous Punjabi song “Ik yaaro Bullet vi hoya lakh da” and his other song is “Surme de Wang” .