In Tagore Theatre A Play Was Organised On Swami Vivekananda Life 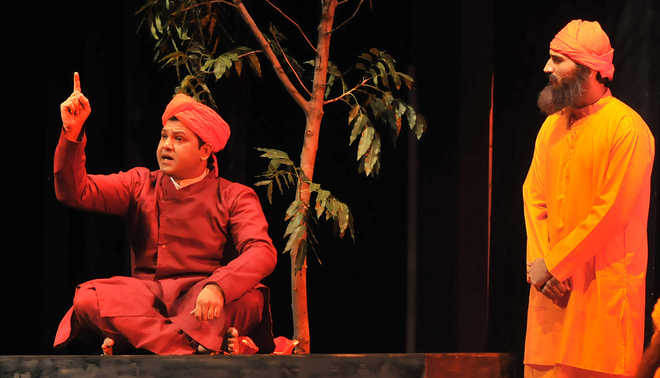 At Tagore Theatre yesterday a play on the life of Swami Vivekananda was organised which is the part of the ‘Rashtar Prem Utsav’ by Ramdhari Singh Dinkar who is a National poet. This play was staged by Mumbai-based (IDEA).

This play was written by Sayed Hameed and directed by Mujib Khan who is mentioned in the Limca Book record for his amazing directorial and staging works of Munshi Prem Chand. This play was organised to give tribute to the historic lecture delivered by Swami Vivekananda at Chicago (USA) on September 11, 1893 which was at the World’s Parliament of Religions

In this function Kaptan Singh Solanki was the chief guest who is the Governor of Punjab and Haryana. He told that many personnel are influenced by the Swami Vivekananda in whole world. Ashwini Choube who is an MP from Bihar also shared same views.