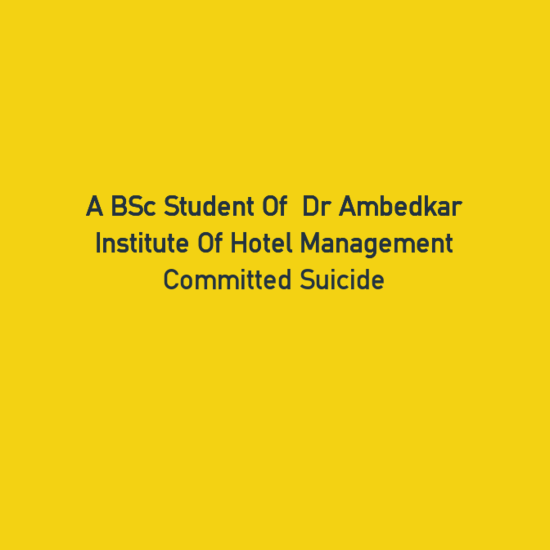 In Sector 42 a student of Dr Ambedkar Institute of Hotel Management, Catering and Nutrition committed suicide. She hangs herself to death in hostel because of being harassed by a youth.

Police told that they have arrested the youth and his father also. The youth has posted a picture of victim which was disgusting . The girl who committed suicide is identified as Abhijit Kaur. She is a student of BSc third-year. One of her friend found her hanging in hostel room .

He also told that the youth had sent an disgusting photograph to her family that is the reason why she committed suicide. Phone of the victim is taken in custody and also her emails should be checked .

The victim had already filed a complaint of harassing against the youth around a month ago but the youth’s father assured that his son will not harass her again. So he is also arrested.Victim’s body was kept in the mortuary of a hospital for postmortem . Her family was informed about this.

Both accused son and father were arrested under Section 306 (abetment of suicide) of the IPC at police station of Sector 36 .