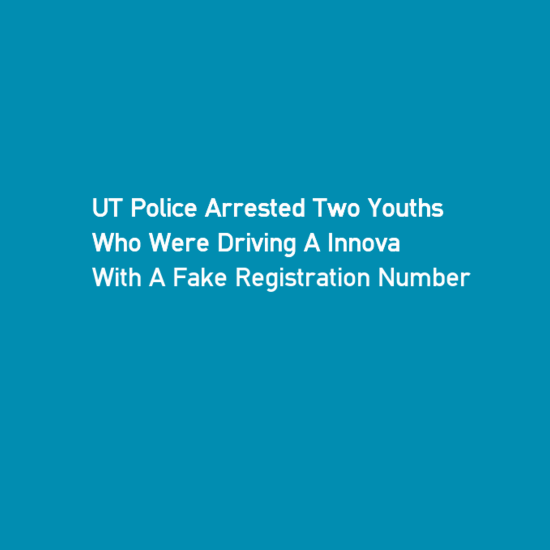 UT police arrested two youths yesterday. They were driving an Innova with a fake registration number and also have a country-made pistol as well as four live cartridges. Tinku and Balwinder who were helping them run from the spot.

The Police said that these two youths have came into the city because they have connections in upcoming student elections.

Police said that four youths were driving an Innova with fake registration number while there was a naka on road separating Sector 8 and 9. The Innova was stopped by the police for checking. Two of them run from the spot and two were arrested.

Surinder Kumar who is in charge told that the two youths who were arrested are identified as Paramvir Singh from Ludhiana and Satnam from Ferozepur. In Ludhiana police station a attempt to murder case is registered against Paramvir. Police also told that Satnam was driving the car with fake registration number which is of Haryana. And a pistol as well as four live cartridges were carried by Paramvir. Also two fake number plates were recovered from the Innova.
A case has been registered against them and also the police investigating links of these two with the student leaders.