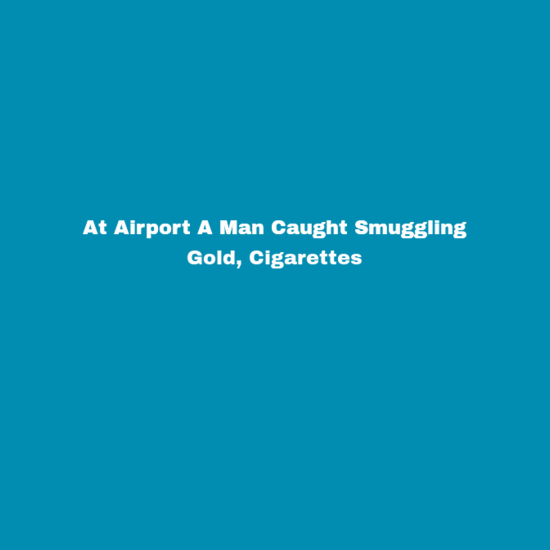 This morning Custom detective caught a person at the international airport that was trying to run 250 gm of 24-carat gold 70 cartons of cigarette packets .The total value of these items to be around Rs 7.30 lakh.
The accused has been identified as Mohammad Nazir resident of Gautampur in Delhi. He came Today by IndiGo flight from Dubai landed at around 11:45 Am.
In a bid to dodge the customs detective find out that the man had stitched gold buttons to children clothes that had painted them black.
According to informant Nazir was to cross the green channel when the customs and the detective found 70 cartons of imported cigarettes, worth around Rs 98,000.
Informant said that the behaviour of the accused is easily guessed by the custom detective and they again made a thorough search and detected the gold in shape of black buttons.
The gold was theft to the airport and the value of the gold buttons was nearly Rs. 6.30 lakh.The official told that this was the first smuggling case detected at the new airport and the value of the sized item is less than Rs 20 lakh.