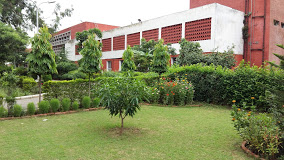 In Sector 11 Post Graduate Government College for Girls a fashion show was organised by the NAB. The International White Cane Day was celebrated in the Sector 11 college. Around 18 visually impaired girls took part in this fashion show.

Sabina is 100 percent visually impaired and she won the Miss Confident award. She said that she counted the moves that she will make on the ramp and this is what the professional models also do. While i was walking on the ramp i was not nervous because i cannot see the the reaction of the audience.

Jyoti who has won the Miss Farewell as well as Miss Confident title earlier at Guru Nanak Girls College in Ludhiana had also participated in this fashion show. She told that this is the best show that was organised for visually impaired because in this show we get award on the basis of our performance not on the sympathy of the judges.

Nishu Singal Director of UT Social Welfare was the chief guest in this event. In this event a fashion show and a talent hunt competition was organised between the visually impaired students from the different institutes of Chandigarh and Punjab. This event was organised with the intent for encouraging academic and to develop overall personality of the visually impaired students and provide them the platform on which they can show their talent.

President of the National Association for the BlindVinod Chadha told that those students who are shortlisted from this show will further take part in Princess India Contest which is going to be organised in Mumbai.