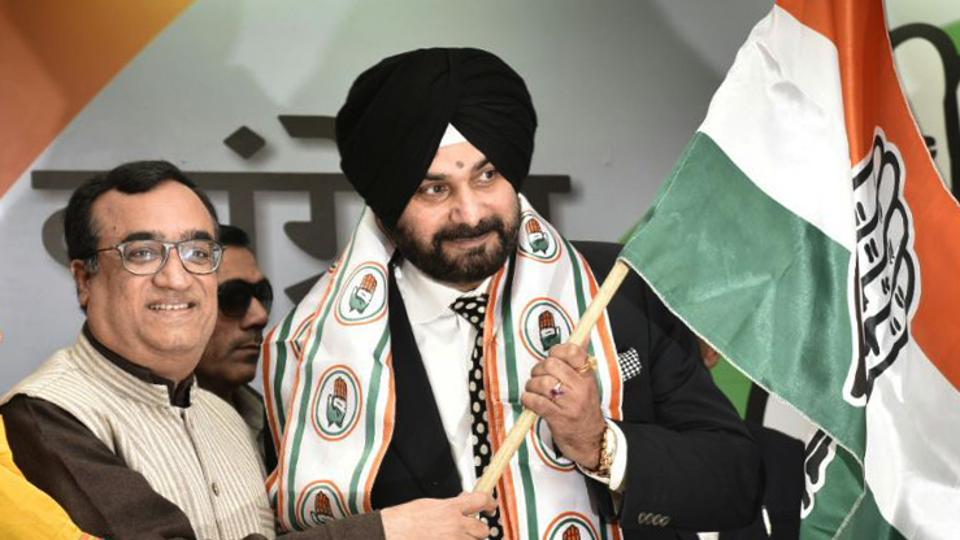 Navjot Singh Sidhu after joining Indian National Congress recently started his campaigning in Chandigarh for Punjab elections 2017. In his very first move Sidhu lashed out at Badal family by accusing them as state’s first family of “looting” Punjab in excise collection, tourism and transport sectors during their ruling arena of 10 Years.

Further he added that “The Badal family’s intention was to become richer with people’s money. Punjab has suffered a lot due to the never-ending greed of the Badal family, which has a direct conflict of interest with the state exchequer”. Sidhu who filed his document as Congress candidate from Amritsar East mentioned that “Punjab is the highest per capita alcohol consumption state. This trade has been monopolised by the Badal family for the last 10 years. Further he said that “Indirectly, every bottle in Punjab is sold by the Badals”.

Also he states that the government hotels have been closed and put on sale on the excuse that they were loss-making ventures and hotel built by the Badals in the periphery of Chandigarh are running which costs upto Rs 5 lakh per night.

We need to see now whether Sidhu will get the support of Punjab with Congress or not.