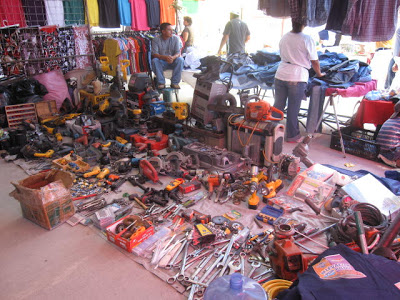 The Kabari market which was located in Sarangpur has been flattened by the authorities. In 2012, the scrap market has been demolished but due to the involvement of some of the political leaders the scrap dealers rebuilt their market and now the local MP Kirron Kher has also promised to help the scrap dealers.

It is said by the dealers that they have written the letter to the UT Administration to provide them some relevant land so that they can continue their business but the orders has never been executed.

The dealers also expressed that when this market started, there was only 10-12 shops but now reached to 40 shops and also said that in this market they sell all types of material which is demanded by customer.