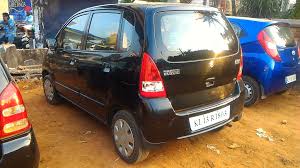 In the tricity MC Chandigarh is all set to propose a steep increase in parking fee for the vehicles in the paid parking lots.

For a single entry in the parking lot, owner of an SUV who was paying same charge Rs 5 same as the owner of a four-wheeler vehicle owner. Now have to pay Rs 40 which is eight times higher.

A tourist bus for a single entry will be charged Rs 100 instead of Rs 20 which is the present charge.These new parking rates will be placed before the House at a meeting which is scheduled for February 23.

There are 22 out of 25 parking lots which are lying unattended currently without parking contractors. Due to this MC suffered a loss of Rs 5 crore . It is also proposed that the engineering wing may take over the paid parking lots so it can be managed in the appropriate way like it is managing the multilevel parking. Already this proposal was rejected two times in the House.