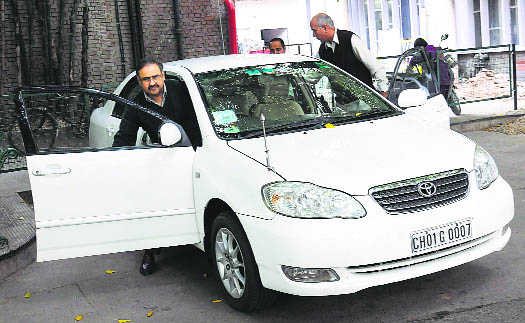 The court has issued order to take the official car of Sarvjit Singh who is UT Finance Secretary and also of other senior UT officials. This decision was made by court because of not following the court orders to mutate a Sector 9-based property.

The court of Additional Chief Judicial Magistrate KK Jain today submit orders for attaching the official Toyota Corolla car of the UT Finance Secretary following which the declaration holder, senior advocate Sanjay Majithia, took the car in his care and shifted it to his residence.

Not only but the car of the Finance Secretary confiscate. Also issued order to rake the official car of UT Home Secretary, UT Adviser and also of other senior officers with their other office computer and furniture.