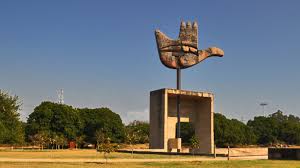 Union Government decided not to include Chandigarh in list of first 20 cities which are developed as smart cites. The Administration declared that its proposal had been acknowledged by the Ministry of Urban Development and the city had been given a very high rating.

Now Centre will grant the UT administration Centre for the carrying out of the smart city tender from April 2016. The Administration is grateful to the people for their active participation of the Smart City proposal and they also said that are expect same participation when they implement this plan.

Kirron Kher,MP  said that Chandigarh is already on its way to becoming a Smart City. And the center government is supporting Chandigarh city and the matter of smart city list still administration are discussing about this matter.