Chandigarh Slids From Its Position In The Swachh Survekshan 2017 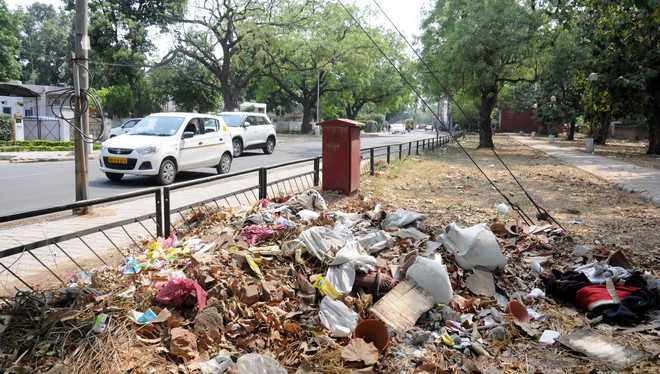 After expending  Rs. 5.5 crore per month (approximately Rs 18.33 lakh per day) on the sanitation system, Chandigarh also named as “The City Beautiful” has slided from the second position  in 2016 to the 11th position in the “Swachh Survekshan” 2017.

Today, the Government of India has  declared the results of the survey in New Delhi. By the result  Indore (Madhya Pradesh) have been ranked at Position 1 and The Chandigarh also termed as “City Beautiful” have been ranked at position 11th. In this Survey 434 cities of India were participated and Indore became the No. 1 Cleanest city of India.

Instead of Indore city , Bhopal (MP) takes the 2nd rank and Vishakhapatnam (AP) takes 3rd rank in the  Swachh Survekshan 2017.

This result is declared by Minister of Urban Development of India M Venkaiah Naidu. While the Mayor, the MC Commissioner and other officers stated that the citizen feedback was the main cause for the skid in the ranking.

Officials says that the city inhabitants did not participate appropriately in the survey. So, by this reason there was less feedback by the inhabitants, which beat the city’s ranking badly.

By this Swachh Survekshan 2017 ranking, questions has raised over the MC’s mechanised night sweeping project. Under the project, the contract was assigned to a Delhi-based firm, Lions Services Ltd, for mechanised sweeping of southern sectors of Chandigarh city (18 to 21, 32, 40 to 45 and 51).

The MC is paying around Rs 4.26 crore per month to this private company. The MC is spend  around Rs 1.30 crore for manual sweeping of Chandigarh generally for the cleanliness of northern sectors.

The same firm is carrying out the same project in Mohali, which ranked 121st in the cleanliness survey. Swachh Survekshan-2017, authorized  by the Ministry of Urban Development during January-February 2017. It’s main  purpose is  to capture the development in the sanitation scenario and making cities and towns open defecation-free.