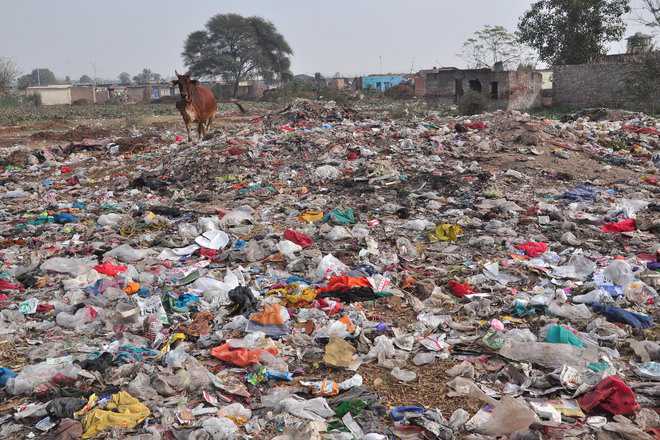 There is lots of garbage and place is very messy in Jagartpura which is located near to international airport. The administration has to take some measures to remove this garbage but they are still not showing any concern regarding this.

In that area there are lots of birds which will become threat for planes. Administration has covered that area with soil but still people dumb garbage there. And also instruct meat sellers to throw meat in open area not in that particular place. As it will be a harmful for the airport.

Ram Dass who reside at Jagatpura said that officers have checked this area 2-3 times but still they did not take any action. Tejinder Pal Singh Sidhu,  Mohali Deputy Commissioner said that this issue  is sensitive and we are working to solve this problem asap.