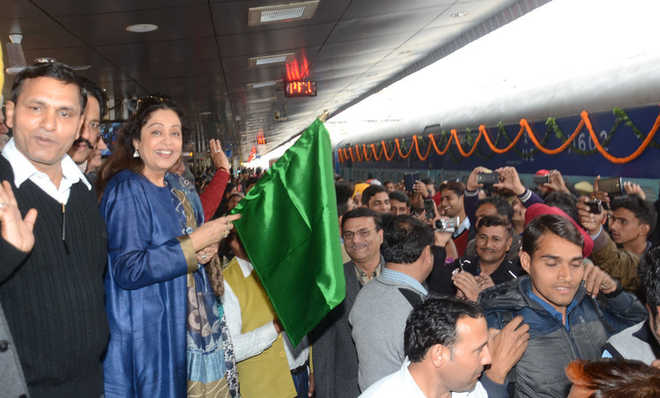 An Announcement sought by MP Kirron Kher that two new routes of trains will start from Chandigarh to Kochuveli and Haridwar in the railway budget of 2016-17.

This demand is raised by MP in front of General Manager of Northern Railway in a meeting held in New Delhi.

She had submitted the budget of these two trains with the proposals. The name she proposed for train to Kochuveli is Garib Rath and she mooted that this train is running between Chandigarh to Ajmer, to Abu/Ahemdabad, so it does not extra burden on Railways.

Chandigarh –Patliputra Express, should run twice a week, made daily and should extended to Darbhanga. MP demanded that the train run between Chandigarh-Luckhnow also extended to Ayodha.