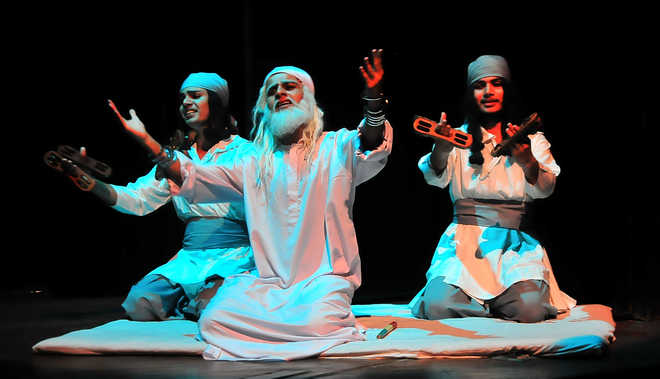 At Tagore Theatre a punjabi play “Tati Tawi Da Sach” was performed on yesterday by The Roopak Kala and Welfare Society which is supported by the Chandigarh Sangeet Natak Akademi. Writer Dr Atamjit who told that how the religion is misused for political gains in the past.

This play is closely related to the Martyrdom of Guru Arjan Dev ji who is the first martyr of Sikhs and fifth Guru of Sikh Gurus.

Guru ji was tortured and punished to death because he rejected to stop speaking about message of God by Mughal Emperor Jahangir. Guru Arjan Dev ji was told to sit on burning hot sheet and hot sand is poured on him. Guru ji was tortured for five days after that he was taken to bath in river from where guru ji was disappeared forever.

Sangeeta Gupta directed the play and handled all the responsibilities perfectly. Play proposed that Martyrdom of Guru Arjan Dev ji was the political conspiracy of the past. With the help of theatrical technique they tried to show the actual cause of the Martyrdom .