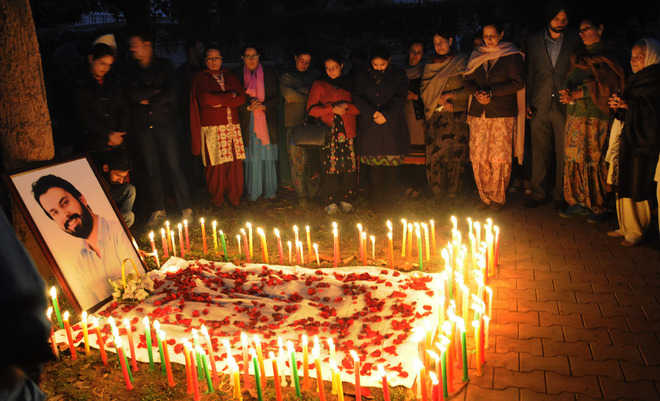 The family of National Shooter and Advocate of Punjab and Haryana high court Late Sukhmanpreet Sidhu, 36 seeking justice for him.

He was murdered at Sector-27 Park on September 20 and not a single suspect was caught by police in last three months. He was the son of former IPS and advocate Of Punjab and Haryana High Court and grandson son of Judge of High court SS Sidhu.

Earlier a protest was held against police to show anger against police because they did not crack the case. Yesterday on his birthday his friends, relatives and others could hold a candlelight demonstration to give him tribute.

His mother said he promised her to get marry on his birthday but her dreams broken out with his death.

His brother said he will plan to do protest in front of PM resident in Delhi. But now PM was not in Delhi so he postponed his plan. He will request PM to help them for justice to his brother by instructing Chandigarh police they caught his brother murderer.