Land Fee Has Been Recovered From Reliance Jio By MC 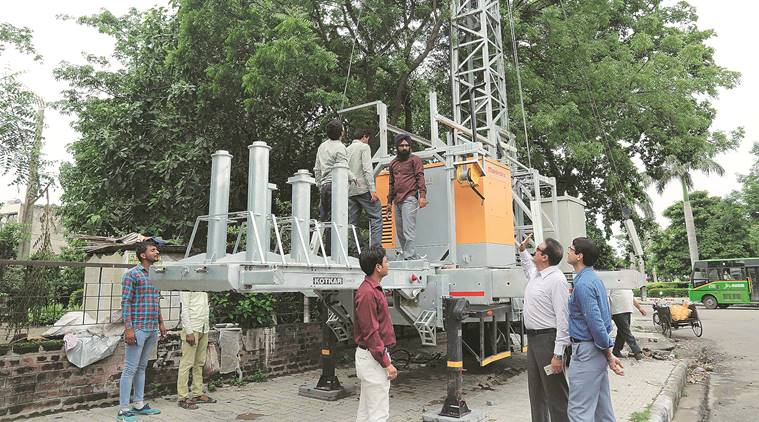 The Municipal Corporation of Chandigarh decided to recuperate the land fee of installed 15 legal towers by the Reliance Jio in the city.

According to a senior official MC recover money from Aug 11 because company can use their land. Representative of Reliance Jio met today with the commissioner of MC and try to get permission from Estate office of UT as well as MC.

Engineering wing of MC carry on their drive against the illegal towers that are setup by the company.  MC gets the company three gensets from the areas of Manimajra and sector 32 and 46.  All the three are keeping in the store of MC until someone their fine.

MC give them time to get permission and if they are fail in the task then the drive will again continue to the next week.  According to officials of Reliance Jio that we had followed all the guidelines while installing the tower but some new formalities are added in the agreement. So we try to resolve their issue.  He also said that all cooperate with the MC officials.

The guidelines that has been passed by UT Administrator Kaptan Singh Solanki. Some of these are that will be installed in the pen areas, parking area and many others. The main aim to get open areas is that no one gets affected by them. Used only three storey high towers that are installed on the top of commercial and other buildings.

There are 15 different illegal towers installed by Reliance JIO.