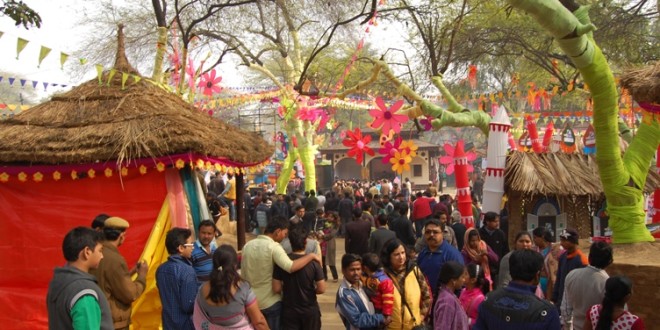 The final day of seventh Chandigarh National Craft Mela at Kalagram received a large number of visitors.  This year a new theme was organized that is “North East-Kashmir to Kohima” which attracts more rush of people towards it.

This fair was organized by the joint venture of Chandigarh Administration and the North Zone Cultural Centre (NZCC) and both of them try to generate culture, Crafts and cuisines of both the regions.

Dances and Folkdores from various states were presented by Folk artistes. The most attractive dances of this mela were Gaddi dance of Himachal Pradesh, Bihu of Assam, Ghasiari of Uttrakhand. The famous classical singer of Haryana presented Haryanavi songs. His team members entertain people with their “Khoria” dance.