Improvement of Infrastructure in Panjab University 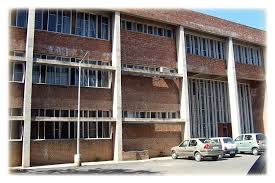 The students of Panjab University have raised their voice against the bad infrastructure of classroom’s and hostels. Further, some of the members of SOI (Student Organization of India) has took this issue very seriously and went to the Deputy Chief Minister of Panjab Mr. Sukhbir Singh Badal and informed about the non-availability of basic infrastructure in University.

The Chairman of the party’s youth development board Mr. S Parambans Singh Bunty Romana, has expressed that the Deputy Chief Minister has understood the concern of students and has also has shown the positive gesture towards the concern of university students.

The commission of students has also invited Mr. Sukhbir Singh Badal to attend the swearing-in event which is to be held on Wednesday in at the law auditorium of PUCSC.