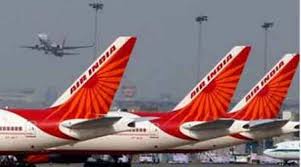 The Chandigarh Airport which was inaugurated by Prime Minister Narendra Modi last month, it has been decided that all the flights will remain suspended for three days from October 16 to October 18 because of the repair of the runway and all the domestic flights would get shift to the new terminal on October 19.

There will be around 26 flights which will get operated from the Chandigarh airport which are Air India, Jet Airways, Spicejet, Go Air, Air Asia and Indigo flights will go to different destinations from Chandigarh Airport.

The Chandigarh Airport has spread over 300 acres and cost Rs 939 crore by the Airport Authority of India. It has showed that the new terminal will have the capacity to accommodate 1600 passengers with 48 check-in counters and four conveyor belts which is fully energy-efficient.