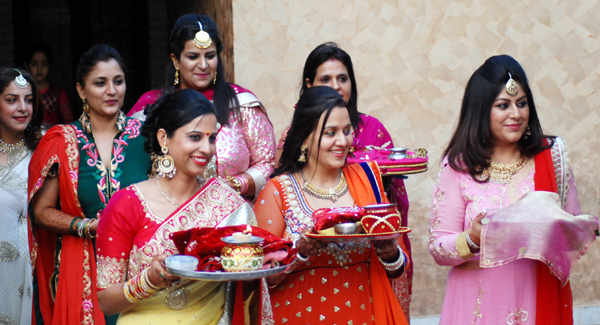 On the eve of Karwa Chauth, numerous numbers of married and unmarried couples gathered in the market. It has been seen that huge number of rush was flocked in Sector-22, 15 and 19. However, there were a lot of issues faced by people for parking and traffic jam but the traffic police was trying to control the rush and also police was patrolling continuously to keep everything under control.

The Municipal Corporation has given the permissions to some of the retail outlets but those who have kept their stalls without permission has to face the penalty of Challan.

The main issues were faced by the visitors because the vendors have put their stalls on the place of parking which created a lot of chaos for residents. Whereas the stalls were completely packed of henna and bangles which has attracted a huge number of visitors in the market on the festive of Karwa Chauth.