New Mayor Of Chandigarh Is From BJP 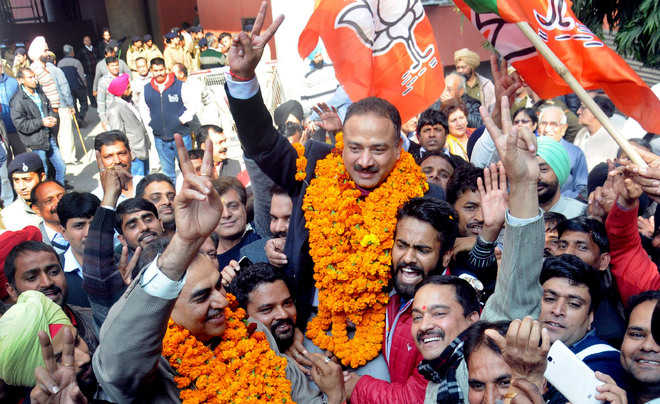 BJP-SAD alliance gave a clean sweep in the Mayor elections by winning all the three posts. Yesterday the election was held. BJP Candidate Arun Sood won by a margin of six votes and he defeated the Congress candidate Mukesh Bassi.

Sood got 21 votes while Bassi got 15 votes out of the 36 votes.This year BJP won the seat of Mayor after a long gap i.e. 15 years. The Mayor seat last time won by BJP in 2000 while congress losses the Mayor seat ninth time in arrow.