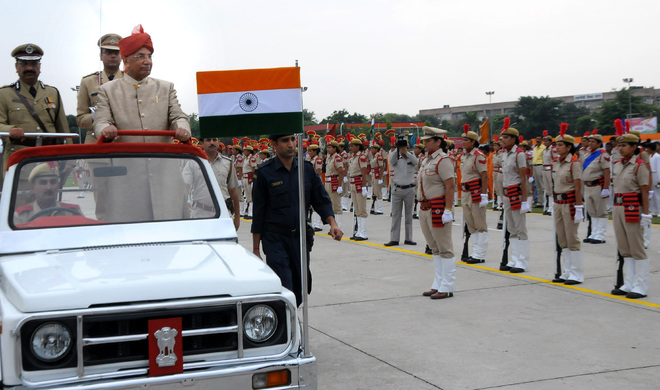 On the occasion of Independence day Haryana and Punjab Governor-cum-UT Administrator Kaptan Singh Solanki promised to furnish 24*7 electricity and water supply to all Chandigarh residents.

He said he feel proud because Chandigarh is declared as a smart city and also an important part of Chandigarh Capital Complex has been listed in the list of world heritage sites. In his speech he shared his views to develop Chandigarh more as well.

He speak after unfurling the national flag on Independence Day function Governor said that the electricity department will try their best to reduce the power cuts by making all the distribution system underground. He also said that Municipal Corporation has got the task of getting 35 million of gallons from Kajauli waterworks.

In his speech he also mentioned that this is an honour for the city to host second International Yoga day. He said we try to improve transportation services by increasing the quantity of buses. He said we all have to become active partners in development and build India as an integrated nation.

He distributed some commendation certificates to some of the local residents and employees for their best achievements.

He gave a gift to children by declaring holiday in each and every school of Chandigarh whether it is public or private.