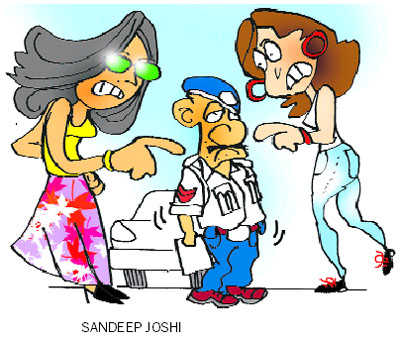 This is the issue that happened on May 8 late evening. When this was happened both women were found in an intoxicated state. They jumped the red light after which they were caught.

They were released  from the Police Station on a bail bond of Rs 35,000 each.

According to the police, the women, who were present in a car, leaped the red light near the Judicial Academy, Sector 43, and tried to speed away from the location.

Inspector Naseeb Singh (The SHO of the Sector 36 police station), said the media persons that the  woman driver moved towards a dead end and stopped there.

The police said- Constable Manjit Kumar( the complainant of this case ), reported in the traffic wing, who was posted near the site, told the women driver about the traffic disobedience.

After hearing that both of them get started misbehaving with the traffic policeman.

The complainant(Constable Manjit Kumar) stated that both women also snatch  his uniform and distracted  him from doing his duty.

Then, the traffic policeman informed the Police Control Room of this matter succeeding which a police unit was reached to the place.

The police said that the case under Sections 332 and 353 of the IPC has been lodged against both the women at Sector 36 Police Station.