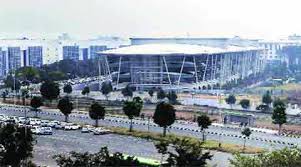 Chandigarh is one of the most beautiful and first planned city in the northern part of India. The name of the city Chandigarh has been derived from the name of the temple known as Chandi Mandir. The city has been established in 1947 and has been planned by the Swiss-French architect Le Corbusier.

Moreover, the city beautiful has been situated nearby the foothills of the Shivalik Hills of Himalaya. Thus, Chandigarh comes under the part of Union Territory and also serves as a capital of Punjab and Haryana and because of that the town has been directly ruled by the Union Government of India. 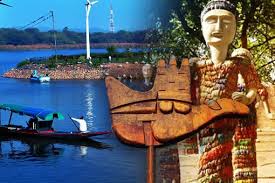 In 2010, Chandigarh has been renowned as the most beautiful and the cleaned city of India. The town has been situated in the northern hills and because of that it has a very productive and horizontal land. Moreover, the city experiences the all seasons like spring, summer, winter, autumn and monsoon with their respective average temperatures. Apart from that, the infrastructural growth of city is inviting people from various places to get settle into this mega city. Thus, from 2001-2011 the growth rate of city was increasing by 4% per year but in 2015, it has been assumed that the growth has been increased by 5% annually. The literacy-rate of the town stands by at 86.77% which is improving constantly. Furthermore, as the city has been controlled by the Central Government of India, so during the General Elections in 2014, Mrs. Kiron Kher has been appointed as the MP of Chandigarh who is a member of Bharatiya Janata Party (BJP).

Moreover, the city is famous because of the attractive places and the theme gardens in the town. The places which are very famous are Sukhna Lake, Rock Garden, Rose Garden, Sector-17, Terrace Garden, Fragrance garden, Gurudwara Nada Sahib, Morni hills, and very famous newly built Elante Mall. These were some of the places which usually attract the tourists and the people of Chandigarh. Furthermore, there are scores of educational institutions which provides the best education either in the public domain or in the private horizon. Thus, Chandigarh has been considered as one of the best educational hub which includes Punjab University, Govt. Medical College & Hospital, Post Graduate Institute of Medical Education and Research (PGIMER), Govt. College for Men, Govt. College for Women, DAV College, MCM DAV College for Women, Sri Guru Gobind Singh Khalsa College-26, Govt. Homeopathic College, Ayurvedic College, Govt. Polytechnical College, Govt. Home Science College, Dr. Ambedkar Institute of Hotel management. So, these institutions draw a large number of students all over the world.

Media is yet an important part of the digital world. Similarly, Chandigarh has its own publication houses, television and radio stations which prescribe the people in their articulation through which the city remains updated about the happenings arose in Chandigarh. Further, Chandigarh has been prescribed as the huge hub of IT sector which contemplate the great placement opportunities. Thus, many reputed companies are giving the great opportunities to the students to grow into this field so that they can grow higher in world of Information and Technology.

To summarize, Chandigarh is a complete package of each and every article. However, each and every single bit of field is growing rapidly and this is the only reason why the growth rate of the beautiful civic is increasing per capita. But, again it is very essential to maintain the name of the city which is eminent as “The City Beautiful” because its only us who can perpetuate the standard of the city.