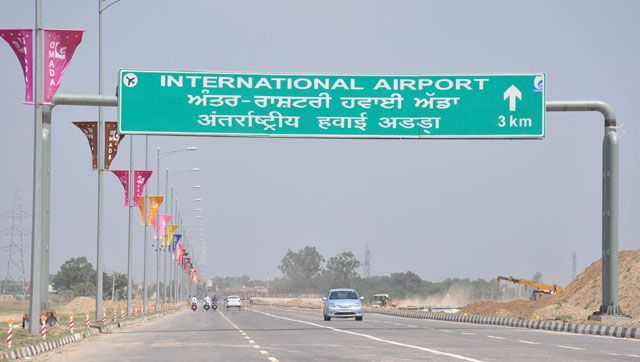 In 2008, they made news for receiving highest compensation per acre for acquired land— Rs 1.5 crore — and turning rich overnight. In 2015, having blown up this money on plush cars, LCDs, palatial houses etc, they now seek jobs.

Jheurheri has no high school or health facility but every household of this village in SAS Nagar district has more than one car, mostly a sports utility vehicle (SUVs), besides Enfield Bullet motorcycles and air-conditioners. Nearly 150 farmers of village were paid cheques for Rs 4 to 10 crore after the Punjab government acquired 306 acres for the Chandigarh international airport project. They who had not entered a bank before now hold multiple accounts.

Jheurheri flaunts it all. From subsistence farming to prosperous living, from rickety motorcycles and jeeps to swanky Mahindra Scorpios, they have travelled a long way. The biggest beneficiary of acquisition, Prem Lambardar, who let go of 8 acres, has bought a Rs 20 lakh Mitsubishi Pajero. Resting on assurance of job for a member from each family, the villagers spent almost all their money.

The first thing they bought with compensation money was big cars and cheap land at other places. A few young men started property-dealing business after giving up traditional work of dairy farming and agriculture. In contrast with neighbouring villages, Jheurheri’s roads were paved with tiles. “There is nothing wrong in this. It was our money, and every person wants a big house and good living; but our comforts don’t mean that the authorities can go back on their promise,” said village sarpanch Gurpal Singh.

Panch Swarnjeet Kaur said most villagers had been promised a flat and a compensatory job during acquisition. “Money doesn’t stay but a job is financial security,” she said. Villager Jaspreet Kaur said: “We did not have water, now we have roads right up to our door. We have seen very hard times but with the inauguration of the airport, our children will have all the facilities.”

Sukhwinder Singh, a Punjabi teacher leading the job seekers, said it was a myth that the airport had improved the quality of life. “The villagers, almost 75% of whom are landless, need jobs. The government had agreed to give them preference for jobs at the airport. Most of the youth are postgraduates. Even illiterate villagers can be given menial jobs,” he said.