A 30 Year Old Died After Got Hit By Innova 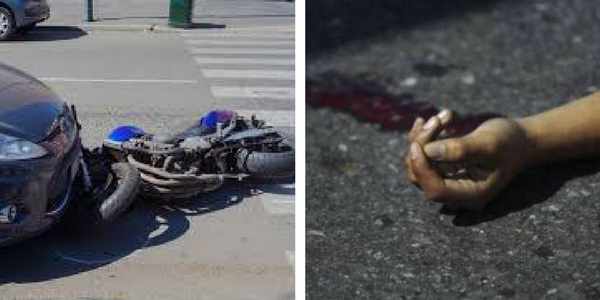 On Saturday night, near Dera Bassi railway overbridge, a thirty-year-old man died when his bike got hit by Innova.

The man who died identified as Rohit Dhiman who was an employee at Airtel, IT Park, Chandigarh.

The victim was travelling from Chandigarh to Yamunanagar at the time of the incident. Victim’s bike hit from the Innova which was also coming in the same direction when he reached near Dera Bassi railway overbridge. Rohit’s head hit the road when his bike fell on the road. The person died within a few minutes.

Deepak Kumar from Haryana who is the driver was arrested by the police.

A promotion letter was given to Rohit a few days ago and he was about to join his new office on Monday at Yamunanagar, police said. To help him shifting, his brother came all the way from Yamunanagar. At the time of the incident, both were riding their own bikes.

Only three months ago the victim got married the police stated. The car driver, Deepak Kumar arrested by the police after registering the case against him by victim’s brother.