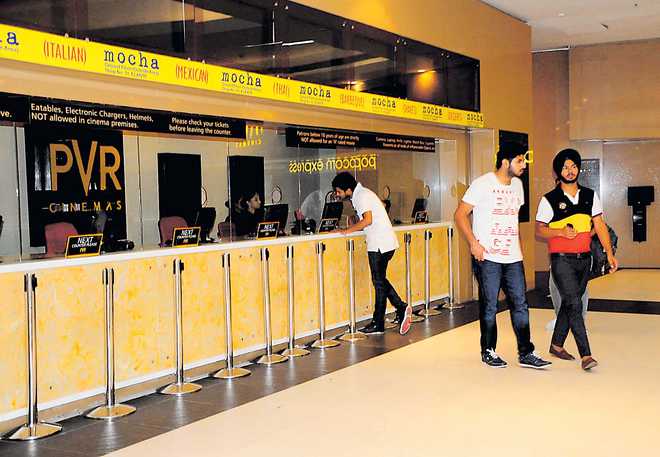 This tax will be in addition to the 28 per cent GST, which has already been set. Sources said MC officials had informed that the notification would be implemented soon.

Mayor, Asha Jaswal, said she was yet to get the notification, but it would undoubtedly be  implemented as it would increase the income of the  MC, which would be used for developmental operations.

The Sources said once the notification was put into practice, the film industry would have to pay 58 per cent tax that would also raise the rate of tickets. The decision has left the managements of multiplexes upset/ distressed. They said it would demolish the entertainment industry. An authoritative of a multiplex said though they were still to get instruction about the additional tax, if it was charged, it would put additional burden on moviegoers. He said the notification was a shock for them as they were not taken in the loop. In fact, they were not even well informed and the judgement came as a shocker. The Ministry of Law and Justice has published an ordinance amending the Extension to Chandigarh (Punjab Municipal Corporation Law)  Act, 1994, to authorise the MC to collect entertainment tax and duty. The  MC will get Rs 17 crore yearly from multiplexes and theatres.

Meanwhile, An advocate, Ajay Jagga, has written to Parimal Rai (UT Adviser) to review the judgement as it will  hit-up the movie prices and theatres might have to close their operations. Beside, this  he said the ordinance  meant a movie ticket  was subject to two taxes, which was arbitrary and not as per the  laws. At present, the charges of movie tickets at multiplexes start from Rs 150 to Rs 650 and alter on weekdays and weekends.