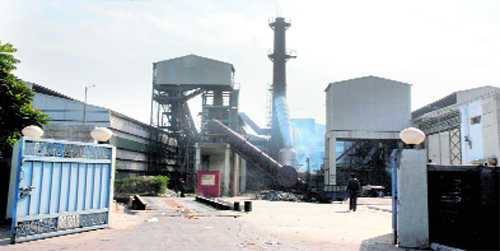 More hassle exist further for the Jaypee garbage processing plant at Dadu Majra as the CPCC (Chandigarh Pollution Control Committee)  has issued a show cause notice to the plant for contraventions.

The CPCC has given 15 days to the plant management to respond to the notice. It has asked the management to demonstrate reason for why the plant should not be sealed and legal action closed and lawful action started against them for the contraventions.

The notice was served after a team of the Chandigarh Pollution Control Committee found various irregularities and shortcomings in the functioning of the plant.

The team found that the  effluent treatment plant was not functioning properly and simply water had been loaded to show that the plant was operational. The staff members were not able to clarify the operation of the plant. During the inquiry, it was found that solid waste was stored in huge amount and in an inconsiderable manner. When it rained, the solid waste went into the sewerage without being managed.

Besides, the unit had failed to deposit the water tax. The committee also said the air pollution control machines were not working properly and were leaking.