SSP resolved the issues of public by organizing camp 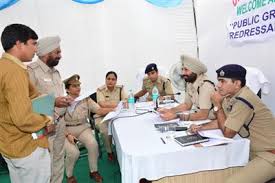 During this camp, there were 21 number of complaints which has been got registered and all the complaints were discussed. However, there were many individuals who were satisfied but there some of the people who are still struggling for their justice.

In a camp, a man named as Kumar came with his wife and friend and asked to register his complaint which was not launched by them in the earlier week. He said that the police was not registering his complaint when his accident happened with a policeman who was driving the motorcycle and injured him severely in the Milk colony, but in the camp they registered the complaint on the orders of SSP.

Further, many people came there to have the justice but only a few of them could get the fair decision.