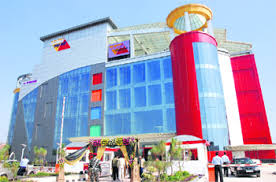 The first ever mall of Panchkula which opened in 2009 in sector-5 is going to close due to the non-payment of property tax worth Rs 4 crore. The Director of the mall Mr.Innet aggarwal said that “In 2014, they were the first ones to pay the entire tax and now in the fresh assessment the tax department said that their due of Rs 4 crore.”

The two representatives of the mall met the Mayor Upinder Kaur Ahluwalia and requested her that they just give them some more time and do not seal the mall. In the month of June, the police case has been reported in the case of fraud against the owner of the mall and 11 other partners of the mall. This has been launched that the buyers have deposited the Rs 70 crore for the shops to the owner but after that also the owner didn’t gave the possession of shops. Now, the MC Commissioner Jagdeep Singh has said that if the conditions of mall will get fulfill then NOC will be issued to the owner.