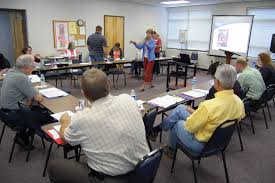 The doctors of Public health department of Sector-25 have organized a training session on Inactivated Polio Vaccine (IPV). In January 2014, the polio has been disposed from India and from last three years there were no cases of polio has been registered yet and to continue it further, the Ministry of Health and Family Welfare is going to organize the vaccination camp for all the children under 5 years by the end of November 2015. This session of IPV was attended by 22 ANMs and Anganwadi Workers (AWWs) who were trained and also attended by Dr Urvi Sharma, Senior Resident, Dr Md Abu Bashar, Junior Resident, and Meena Verma, ANM from the Department of Community Medicine, PGIMER.

The other Health session was organized at Max Hospital, Mohali by Dr KS Dhillon, Senior Consultant, Advanced Laparoscopic & Bariatric Surgery and showed the concern about the Hysterectomy, the uterus removal which is increasingly and be performed by using nominal approaches which shows various advantages. This event was organized with Delhi-based NGO and also updated about the latest advancements in scar-less and stitch-less laparoscopy for women.