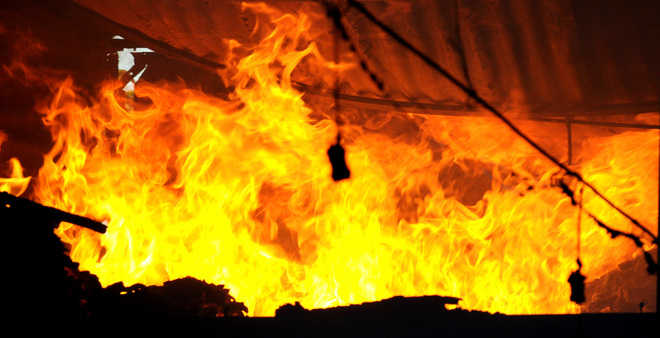 This is the 7th time from the last 15 years that the furniture market of Sector 54 has been turned into ashes.  It has reported that there is no loss of human life but the shopkeepers has to suffer the huge of money. There were eight shops (from 11 to 18) which get caught by fire and the amount which has been estimated is around 80 lakh.

It has been said by the shopkeepers that “they can’t set up their business accordingly because this market is partly illegal and the wall of their shops are connected with each other through iron sheets and due to that the risk of fire always prevail there.”

At the time of fire, there were 10 fire engines that arrived at the place to extinguish the fire. There were six fire engines which came from Chandigarh fire station, three from Mohali and one from Panchkula and it took approximately three hours to control the fire.