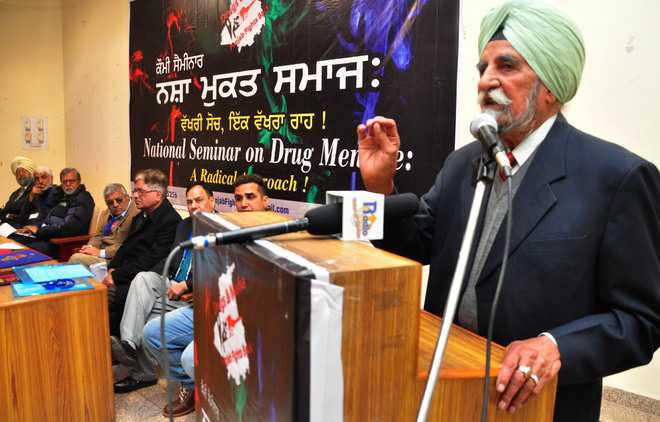 Patiala MP Dr Dharamvir Gandhi organized seminar in Sector 29 Chandigarh for decriminalisation of the use of drugs. According to him it has assumed alarming proportions in the state.

Dr Gandhi said that we can stop these drugs by ban on drugs. He also said that drug addicts are not criminals but they are patients which need medical care.

Dr Sardara Singh Johl who is Eminent economist and chancellor, Central University, Bathinda, and as a chief guest at the seminar said that banning dugs will lead to smuggling and expansion of drugs in society. Iqbal Singh Lalpura, Former DIG shared his many experiences in which he said that when he was posted as police officer

Experts called for decriminalisation of the use of drugs in the state during a national seminar on drug menace held here today. The seminar was organised by Patiala in the border area there was lots incidences of nexus between police and politicians when they were promoting drugs and smugglers. He named these drug smugglers as “sleeper cells who are destroying India.