Restriction Of Sailing In Sukhna

Home Blog 2017 May 18 Restriction Of Sailing In Sukhna 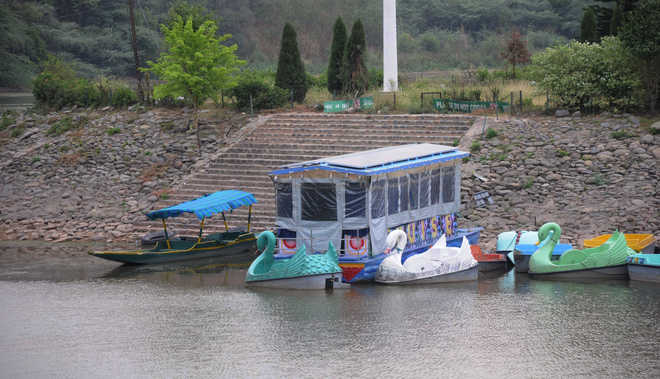 Chandigarh’s Sukhna Lake is one of the very famous tourists attraction place of the city. Tourists came here from different- different places and enjoy the sight view, rides and boating.

Thousands of tourists visit here every day besides the local inhabitants. But now they all felt sad after hearing the news of restriction of boating in the sukhna Lake.

Yes, you all will  hear the true news. Now, boating will be restricted in sukhna Lake. This is  due to the deposition of mud in Sukhna.

With the water level of Sukhna decreasing and the the region for sailing being cramped, the tourists will not capable  to relish  the drive of the solar mini-cruise ship in the lake.

Last year, CITCO had launched a solar mini-cruise ship in the Sukhna Lake to further enhance tourism in the city. The mini-cruise ship has an ability to take 25 persons at a time and most of the people take the drive  in a clump. It caught the desire of the tourists.

One of the workers handling the boating said for the period being, the action  of the solar mini-cruise ship in the Sukhna Lake had been rusticated due to the low-water level. Besides the solar mini-cruise, the working of shikaras and boats has also been confined. CITCO located  the red flags to alert the people enjoying boating not to move further as they might get stuck in the mud.

Besides the mini-cruise, the boating has also been confined  to the region of the lake where the water-level is high. The water level of the Sukhna has diminished further and recorded 1152. 70 ft.