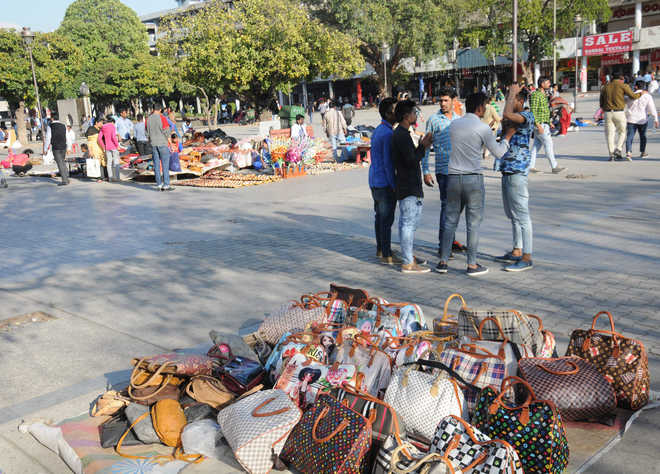 Sectors 17, 19 and 22 in  the  Chandigarh City have been announced no-vending zones with the Municipal Corporation getting sanction from the UT Chief Architect for its proposal. These three sectors have a big problem of vending.

Sectors from 1 to 6, which house the who’s who of Chandigarh, Haryana and Punjab, and famous tourist destinations Sukhna Lake and Rock Garden have also been announced  no-vending zones.

She also said, “We should not make Aadhaar compulsory for Chandigarh inhabitants; we should also admit other residence proofs such as the voter card.” Meanwhile, all these affairs will be tabled for post-facto approval on June 30 at the MC House meeting.

For the first time in Chandigarh City, a fixed monthly fee and penalty for various kind of street vendors has been launched by the Municipal Corporation. It has been decided that mobile (moving) vendors will charged with a monthly vending fee between Rs 500 to Rs 1,000 and the stationary vendors will be charged in between Rs 300 to Rs 2,000 depending upon the area they are operating in.