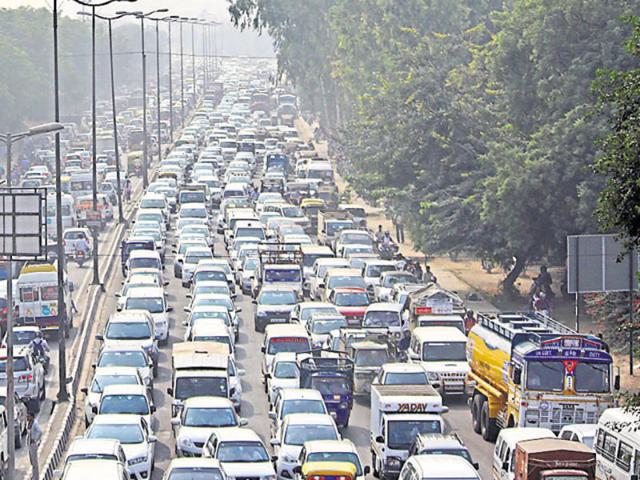 Pilot Project start soon in this One-way traffic system allowed on the road joining Chandigarh to Mohali every morning and evening during heavy traffic hours. On Friday senior officers of the UT administration discussed this topic at the high level during meeting hours. Traffic increases during the morning and evening hours because thousands of people move to the city from Mohali and Panchkula, so one-way traffic system is needed.

To introduce this system the UT administration strictly told the traffic police to prepare a detailed plan, if they fix it well, the exercise will start this month. UT said that firstly they considered the road start from Mohali and ends at Punjab Haryana ie. Udyan Path for this project. There are four lanes on the road and kept only for one-way traffic for traffic hours, two for going in one direction and another one is for other direction.

If this system runs successfully the same is applied for more roads in order to avoid traffic mainly for Panchkula and Mohali. Senior officers said that “They discussed the project in detail. Many other cities adopted this system so that they can avoid traffic and the result have been positive.